The Nicene Creed was created to exclude.

This goes against the grain of our modern secular society, where the word “inclusive” has become a magic word, conjuring up warm feelings of virtue, righteousness, and goodness.

To be inclusive is to be good; to exclude is to be bad. The magic is, I think, rooted in the American Civil Rights Movement, where certain people were unjustly excluded from certain things (such as employment opportunities or even sitting in the front part of a bus) based on the colour of their skin.

Such exclusions were plainly arbitrary, morally indefensible, and more than a little bit crazy, and this bequeathed a legacy of unacceptability to the very word “exclusion”, with a corresponding happy feel to the word “inclusion”.

But in this, as in many things, context is everything. Exclusion is not always wrong. Take the early part of the fourth century, for instance. Then the heresy of Arianism was spreading over the Christian world like a raging roaring disease.

This was the heresy that denied that Jesus was truly divine, and asserted instead that he was a creature, created by the one true God in the same way as the angels were created. Jesus of Nazareth therefore was not God, according to the Arians, though they allowed that He was very, very important, a heavenly celebrity of sorts, but not God in any real sense.

That is, He could be admired and praised, but not actually worshiped with the same worship with which the Church worshiped the Father. This last bit was very important too, for salvation consists of worshiping Jesus, in falling down before Him as did Thomas and crying to Him, “My Lord and my God!” Given the popularity of Arianism, something had to be done.

Something was done, and what was done we now call “the First Ecumenical Council of Nicea”. Bishops then came from all over to the town of Nicea in 325 A.D. to thrash the whole thing out. It didn’t take them long to conclude that Jesus was divine, and that Arius’ teaching was simply wrong.

But how to declare this? Arius was a slippery fellow, and there seemed to be no kind of Biblical formula or title for Christ that he could not twist and redefine for his own purposes. The Fathers therefore decided to do something radical and unprecedented—namely, to use non-biblical phrases to describe who Christ was.

They took the baptismal creed, the statement with which all catechumens had to agree in order to be baptized and be considered Christians, and inserted several phrases, phrases so clear that even someone as slippery as Arius couldn’t wriggle out of them.

Jesus was not only “the only-begotten Son of God”, He was also “light from light, true God from true God, begotten not made, of the same essence as the Father, from whom [i.e. Jesus] all things were made”. These phrases stated the divinity of Christ so clearly that not even Arius could say the words without choking.

That was, of course, the point: the Creedal statement was constructed with such precision as to exclude people like Arius. In one sense the Creed was inclusive: any person anywhere, regardless of race, language, ethnicity, or colour could confess it, be that person slave or free, rich or poor. But it was also exclusive: any person who did not believe the full and perfect divinity of Jesus of Nazareth could not confess it, and thus could not be a member of the Church.

Why this insistence on exclusion? The Fathers of Nicea wanted to exclude heresy from the Church for the same reason that a doctor wants to exclude cancer from the body of his patient—because if he includes the cancer in the patient’s body, the result will be the death of the patient. Cancer kills, and so does heresy. Heresy is not simply incorrect opinion, akin to getting a numerical sum wrong.

And the good intentions of the heretic notwithstanding (for who knowingly accepts error?), the person who refuses God’s provided remedy of Christ will also die. Heresy will kill the soul, just as surely as cancer will kill the body. Salvation consists of exclusion—the cancer must be excluded from the body, and heresy must be excluded from the soul.

The Fathers of Nicea were not narrow-minded men, working mean-spiritedly in their ivory towers. They were physicians of the soul, working as pastors in the front-line, concerned to save the souls of the children of men. They knew that only as men fell down before Christ as God and offered their lives to Him could they find salvation.

They therefore excluded the Arian error which insisted on omitting this saving spiritual prostration. They knew they lived in a world of dying men. Only by falling down before the divine Christ could those men find eternal life. 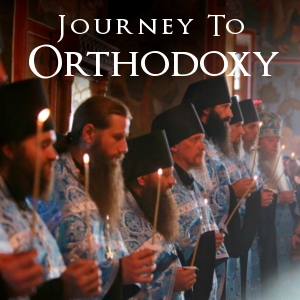